For more than 40 years, our team has helped businesses of all types tell their unique stories. We’ve produced those stories with a quality of service that is itself unique in the world of video production. We offer complete creative and production services. From concept to scriptwriting, from location scouting to casting, from production to audio post and final edit, we marry experience and insight with all the resources of a complete video production facility. 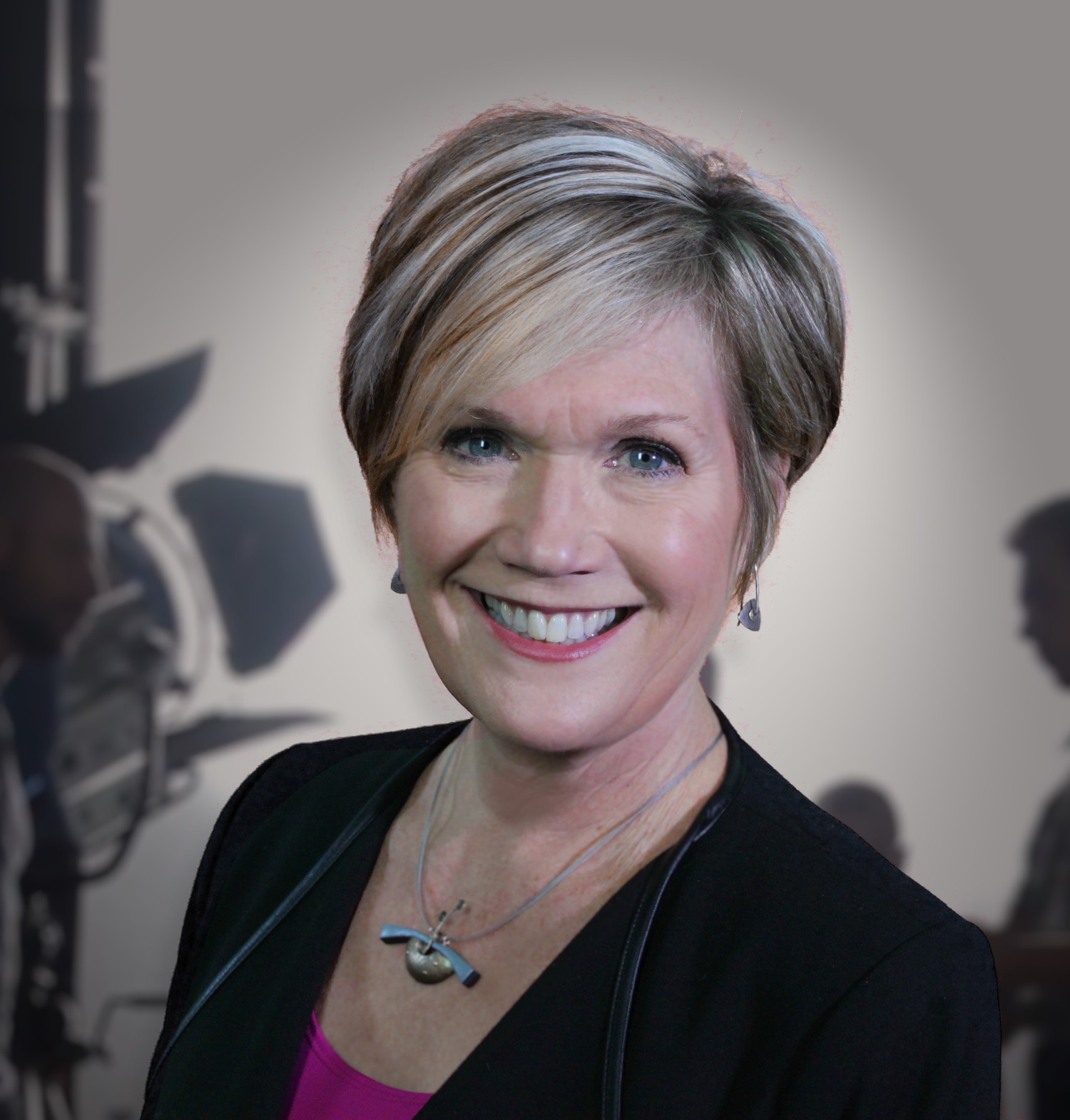 Cathie Reese has had Geomatrix on her business card for over 30 years. As President, she leads the team, maintaining focus on the client and the deliverables.

Cathie has seen remarkable changes in both the corporate and legal video fields and as the company’s primary producer, she remains passionate about her work.  A skilled, compassionate interviewer she makes her subjects feel comfortable in front of the camera – whatever the topic, wherever the location.  Ask what she loves most about her long career with one company and Cathie will tell you that it is the variety of subjects and the multitude of hats, coupled with the collaborative and creative nature of the work that keeps her going.

Outside the office, you can find Cathie outside!  She loves to travel and as an avid skier lugs her gear around the globe in search of perfect bluebird days. Her passion for wine finds her frequently touring vineyards, and as a photography hobbyist she always packs her camera.  She is the proud mother of Kyle and daughter-in-law Jen who have just blessed Cathie with her first grandchild, Lucas. 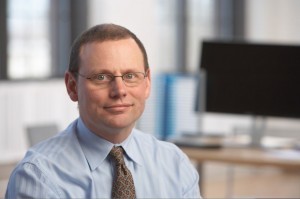 With over 30 years of experience, Edgar Smith brings an artist’s sensibility to the craft of editing and motion graphics.

As producer for Geomatrix, he has traveled the world, hung from helicopters and crashed through waves in the Southern Ocean all in search of the perfect shot. Back in the edit room his distinctive style has made him a valued collaborator with clients and independent documentary filmmakers. Smith’s work has garnered gold medals in festivals and competitions across the country.

On summer evenings, expect to find Smith at Dutch Wharf boatyard preparing his sailboat for the next race. 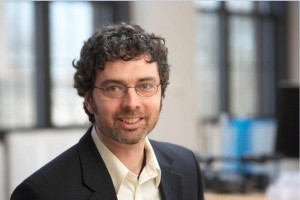 Patrick is a great listener who enjoys working closely with clients to produce concise, compelling programs.

Patrick honed his craft at the Rhode Island School of Design where he received a BFA from the Film/Video/Animation department. For over 20 years his skills as a producer, designer, editor,  and videographer have contributed to the success of Geomatrix, AND Geomatrix clients.

Patrick enjoys unwinding in the great outdoors, whether it’s working the garden, wandering in the woods, or splashing at some secluded swimming-hole. He and his wife Joana are avid photographers and they both suffer from chronic wanderlust, traveling with their two daughters whenever they get the chance. 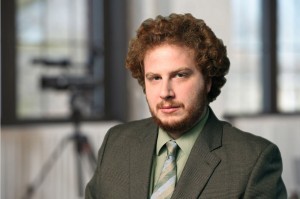 James Chianese received a B.S. in Video Production from Southern Connecticut State University. His interest in video dates back to Nonnewaug High School, where he played a major role in the live broadcast of both the girls and boys home basketball games. In recognition of his efforts, he received the Communications Award for his graduating class.

His career at Geomatrix began as an intern in the spring of 2005. His easy style and hard work ethic and earned him a job offer, and he joined the team in 2008. A valuable crew member, he has focused much of his efforts on litigation support. James has worked closely with attorneys to develop and execute strong presentations of evidence at trial.

In his free time, James enjoys playing softball on his New Haven co-ed team and spending time with his golden retriever Elwood. 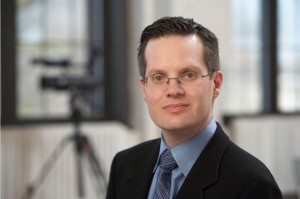 Walter trained as a photographer, then gravitated to video, with one hand clicking the mouse on his PC. As one of Geomatrix’s resident trial support technicians Walter brings over 15 years of experience in various mediums of media. Well versed in the process of recording Depositions, familiar with the intricacies of Courtroom Playbacks, plus skilled in both Trial Director and Sanction, Walter is the total package for your Trial Presentation needs! Outside of Geomatrix Walter can be seen enjoying parenthood with his lovely wife & darling daughter, or spending down time reading comics and watching rasslin’ 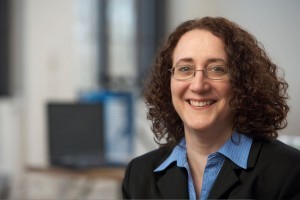 Claire brings 30+ years of office management and organizational skills to Geomatrix.  With many deadlines to be met, Claire’s multi-tasking abilities assist the entire staff to craft & create their video pieces without a hitch, ensure that our videographers are on site, set-up and ready to go at each video deposition and our courtroom technicians have everything they need for each courtroom presentation.  She strives to make certain that everything is as it should be, from the pre-planned meeting to the “oh no, I need a videographer NOW!” situation.

Out of the office, Claire loves to garden – both vegetables and flowers, enjoys cooking for large crowds with her husband, Don – and taking long walks with her German Shepherd, Rocky. 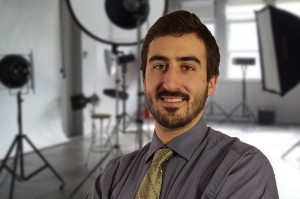 Lucas first developed an interest in video at 15. Between his eagerness for trying new things and his ability to learn quickly, Lucas has jumped into any opportunity he could within the industry. After studying film and video in both Connecticut and New York City, and working in commercial production, Lucas has found a passion for lighting but very much enjoys the many other aspects of filmmaking he found along the way, including writing, producing, and editing.

Outside of the office, Lucas is usually out somewhere being nice to people. He enjoys watching TV shows, but only those that can exist within our reality. Lucas hates broccoli almost as much as he loves chocolate.

Lucas is not as cool as James and he thinks that’s funny. 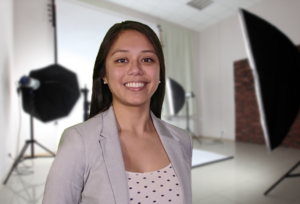 Antoinette began working with Geomatrix in 2017 and has been a full time member of the Geomatrix team since the beginning of 2019.

Her keen eye as a videographer, her impeccable design sense as a graphic artist, and her ability to work under pressure in the courtroom as a trial technician are just a few of the traits that make Antoinette such a valuable addition to  Geomatrix. 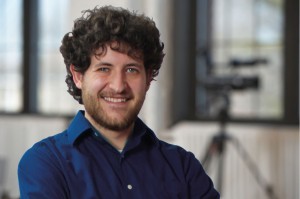 Tom graduated from Lawrence University in Wisconsin where he studied Film and Environmental Studies.  During his time at Lawrence, he produced numerous short films and documentaries, one of which allowed him to travel to the limestone caves of the Philippines to document the condition of cave roosting bat species.

Tom brings expertise in motion graphics and animation to Geomatrix.  From promo design to accident re-creations, he effectively utilizes 2D and 3D software including After Effects and Cinema 4D to tell your story.

In his spare time Tom enjoys running and making sculptures out of forks.