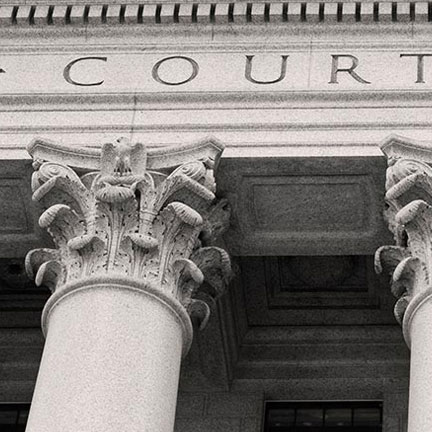 Ismael Alvarado’s leg had been pinned between the back end of the pickup truck and the large industrial trash compactor. He begged the driver to call 911, but she was so traumatized at the sight of the bones protruding from his shin that she collapsed in hysterics. Smearing blood across the surface of his cell phone, Ismael finally managed to contact emergency responders himself.

He was stabilized at Lawrence and Memorial Hospital in New London, but was later transferred to Yale-New Haven, where he underwent major surgery. Although the surgery was successful, Alvarado’s trials had just begun. Costly rehabilitation and diminished quality of life would test his character in the months and years to follow. To recoup these costs, he brought suit against his employer and the coworker who had caused the accident.

In the face of such costs, it would be easy to imagine Alvarado pursuing a risky trial jury in a quest to maximize compensation. But with the guidance of his attorney, Dale P. Faulkner of Faulkner and Graves, Alvarado summoned the foresight to settle. This equitable resolution was reached in part because Mr. Faulkner was able secure a generous $735,000 settlement for his client.
“One of the elements in the ability to reach a resolution was the very fine video which Geomatrix prepared after our client was released from the hospital,” Said Mr. Faulkner of the mediation process. Faulkner stressed the importance of giving the mediator a “first-hand” experience with Mr. Alvarado’s daily struggles, and credited the video with making that possible.

In most cases, Mr. Alvarado’s plight would have appeared on the judge’s desk as a written litany of complaints. But thanks to video, Mr. Faulkner was able to share a portrayal of Mr. Alvarado’s daily predicament with the mediator in a mere five minutes. “There is an inherent difficulty in positively demonstrating what a person is unable to do,” commented James Chianese, the Geomatrix editor assigned to the case. “This difficulty is compounded by the emotional willingness of that person to complain, as well as by their ability to convey their situation verbally. My role is to help create a more level playing field for those who are reluctant or unable to represent their daily struggle with the necessary legal clarity.”

Video opens the courtroom doors to a trove of new evidence because it makes visual statements that few plaintiffs could articulate verbally. Now, rather than listening to a litany of complaints that could easily be exaggerated, mediators can see for themselves the pain that a plaintiff endures. As we watch Mr. Alvarado gazing out his apartment window, we can understand what he means when he said he feels like a prisoner in his own home.
Video elicits empathy in a way that narrative cannot. It transports the viewer directly to the setting and allows them to draw their own conclusions about what’s going on. At Geomatrix, we are dedicated to represent our clients’ lives as faithfully as possible; we want to bring the injured’s hidden suffering into the light so that they are not punished unduly for their desire to carry the burden of their pain silently and alone.