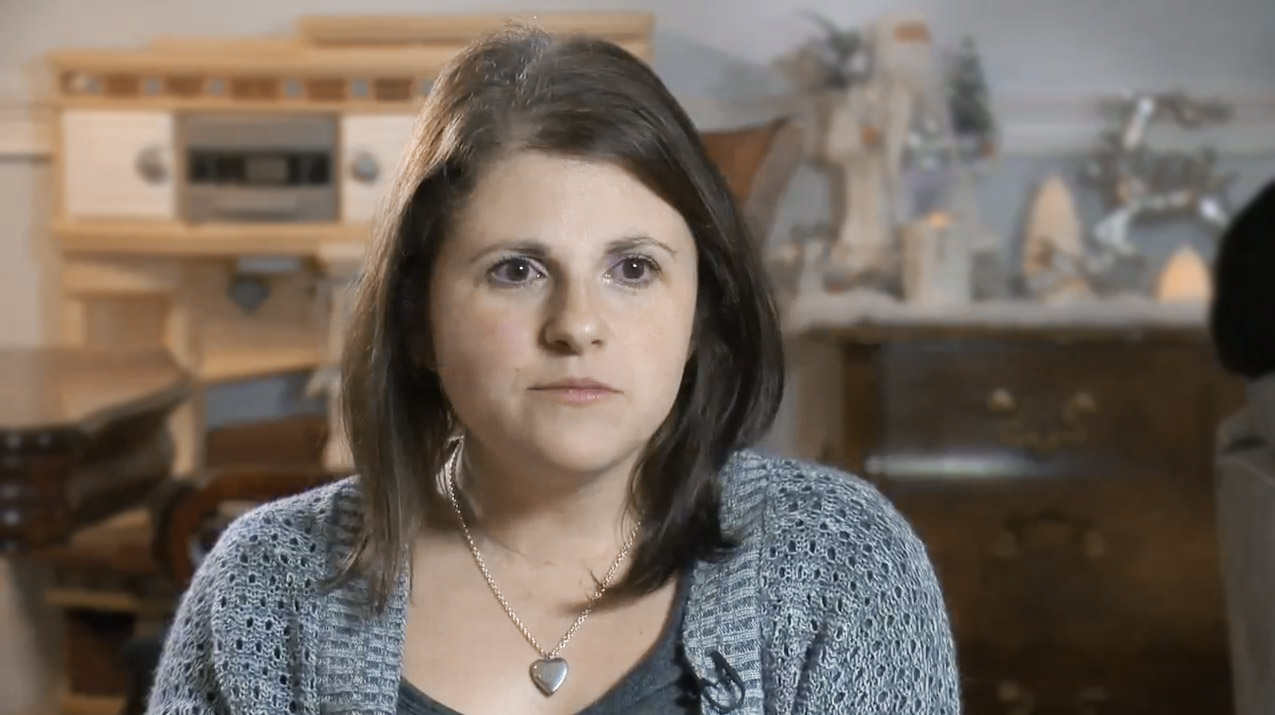 At a young age and into her adulthood, Kami Allen didn’t let her disease get her down. Although she was born with Osteogenesis Imperfecta, a brittle bone disorder, she was able to lead an active life, get married and have a career and children.

But on the day of her accident, her life changed in a way that she never imagined.

January 8, 2015 was shaping up to be a perfect day. Kami, her husband Jared and their two young sons Lincoln and Avery were returning home that evening from a Disney on Ice show in Bridgeport, Connecticut when their SUV got a flat tire. Jared pulled over onto the grass along the highway to assess the situation while Kami called for help. It wasn’t long before an 18 wheeler hit the car from behind at full speed. The driver had fallen asleep at the wheel.

The impact of the crash sent the SUV rotating up an embankment, and it sent Kami, who had unbuckled her seatbelt to care for Avery, crashing all over the inside of the vehicle. She landed wedged in the console area.

Jared suffered a broken arm and their boys were OK, but Kami did not fare nearly as well. The accident pushed her already compromised body over the edge. In those terrifying moments, she thought she was going to die.

At the hospital, Kami found out the devastating news. Her neck was broken in four places. She had 15 total fractures, in addition to a traumatic brain injury, brain bleed, nerve damage and multiple other injuries. She was at the risk of being paralyzed. In her words, she was “very, very broken.”

With only 15 fractures in all of her 33 years prior to the accident, and with no fractures in 19 years, Kami’s fracture count doubled in a few seconds.
She underwent four major surgeries, was in a hospital bed for six months, and continues to undergo therapy The accident cost her precious time with her children, leaving her unable to hold and take care of them. She could no longer take care of herself, and Jared became overwhelmed trying to keep up.

Attorney Michael Jainchill of RisCassi & Davis, P.C. in Hartford, Connecticut worked with Geomatrix Productions to produce a settlement video that included compelling interviews with Kami, her family and friends and heart-wrenching photos of her injuries. Most important, it sensitively illustrated the day to day activities that Kami now struggles with, and how her struggles affect the entire family.

“The challenge in this case was to make people understand the severity of Kami’s injuries –how she was functionally different after the accident,” said Atty. Jainchill. “The video put the viewer in Kami’s own home so they could see her struggles for themselves. Kami’s six-year-old son Lincoln trying to help her button his shirt, Kami trying to put a diaper on Avery, Lincoln holding his mother’s hand in her in-home hospital bed—those are the kinds of images that really emphasized how the accident turned all of their lives upside down.”

Attorney Jainchill, who has hired Geomatrix Productions to produce settlement videos for more than thirty years, strongly believes that these videos have the unique ability to make someone on the outside appreciate what the victim is going through.

“When your audience is made up of defense lawyers, insurance claims people and judges who have seen everything in their careers, it takes a lot to get through to them and make an impression. Settlement videos are the most effective way for the decision makers to see and appreciate the impact that these accidents have on the victims, without being filtered through the lens of their prior experiences, as would be the case with a written description.”

The Allen case settled at jury selection. Because of the settlement, Kami and her family were able to move back to Rhode Island and build an accessible home that includes a therapy pool. Jared was able to retire from the police force. Kami’s parents will live with them so they can help the young family rebuild their lives.

According to Attorney Jainchill:

“The settlement has made their lives so much easier.”

Atty. Jainchill added that the professionals at Geomatrix are skilled in conducting interviews that bring out his clients’ best responses. That, along with the creativity Geomatrix brings to the table makes all the difference in the outcome of his cases.