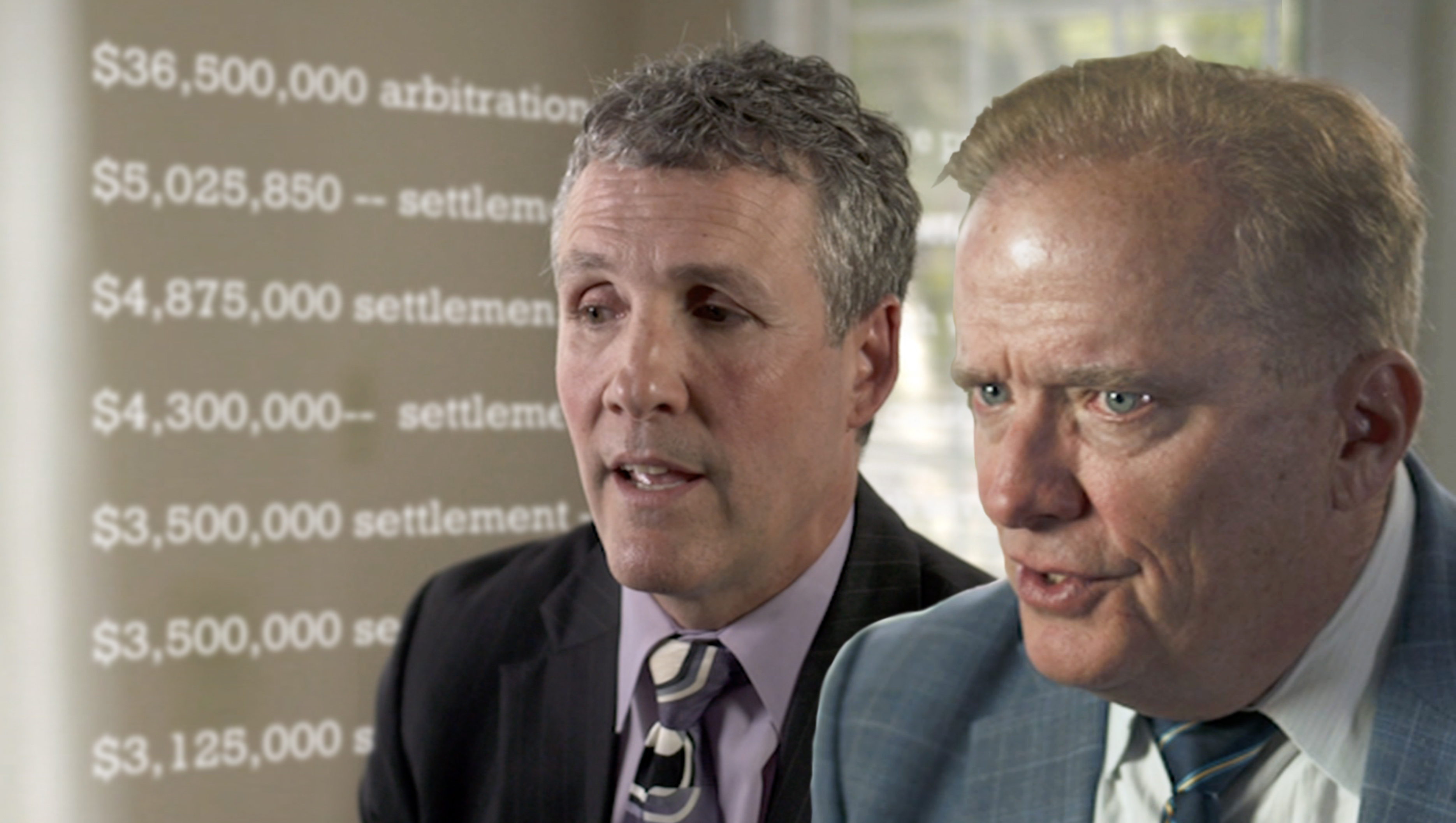 Shipman and Goodwin attorneys, Jim Bergenn and Bill Ronalter use video as a tool to reach a settlement on every significant case.

According to Ronalter: “I think for attorneys that handle larger cases catastrophic injury and death cases, if they’re not doing some type of video, I think they’re missing the boat. Without question you’ve got to spend some money to make some money for your client.”

Before joining Shipman and Goodwin, Bill Ronalter spent six years working in a large loss unit for a major national insurer. This experience gave him a unique perspective on how cases are evaluated. “A handful of people sit down and they evaluate the liability causation the damages, and when you’re looking at damages, there is nothing better than to have a roundtable of human beings look at a well-done video. The damages can go up dramatically.”

Jim and Bill teach trial practice at UConn law school and they emphasize to students that the attorney should not be the focus of attention. It is far more effective to show a jury or an insurance company the evidence, and let them draw their own conclusion, rather than to tell them what to think. Jim Bergenn sums it up this way. “Every Geomatrix video that we’ve had, the value goes up substantially because lawyers are much, much better shutting up and getting out of the way and letting the facts power through. And that’s what these videos do.”

This approach has been extremely effective for the firm. In eight recent cases alone, Bergenn and Ronalter have used video to recover over $60 million for their clients.

The smartest investment you can make when handling a personal injury case is in Geomatrix Legal Video Services. Our premier production team will help you get the best outcome for your client.

There is no business affiliation between Geomatrix and Shipman & Goodwin. Prior results do not guarantee a similar outcome.