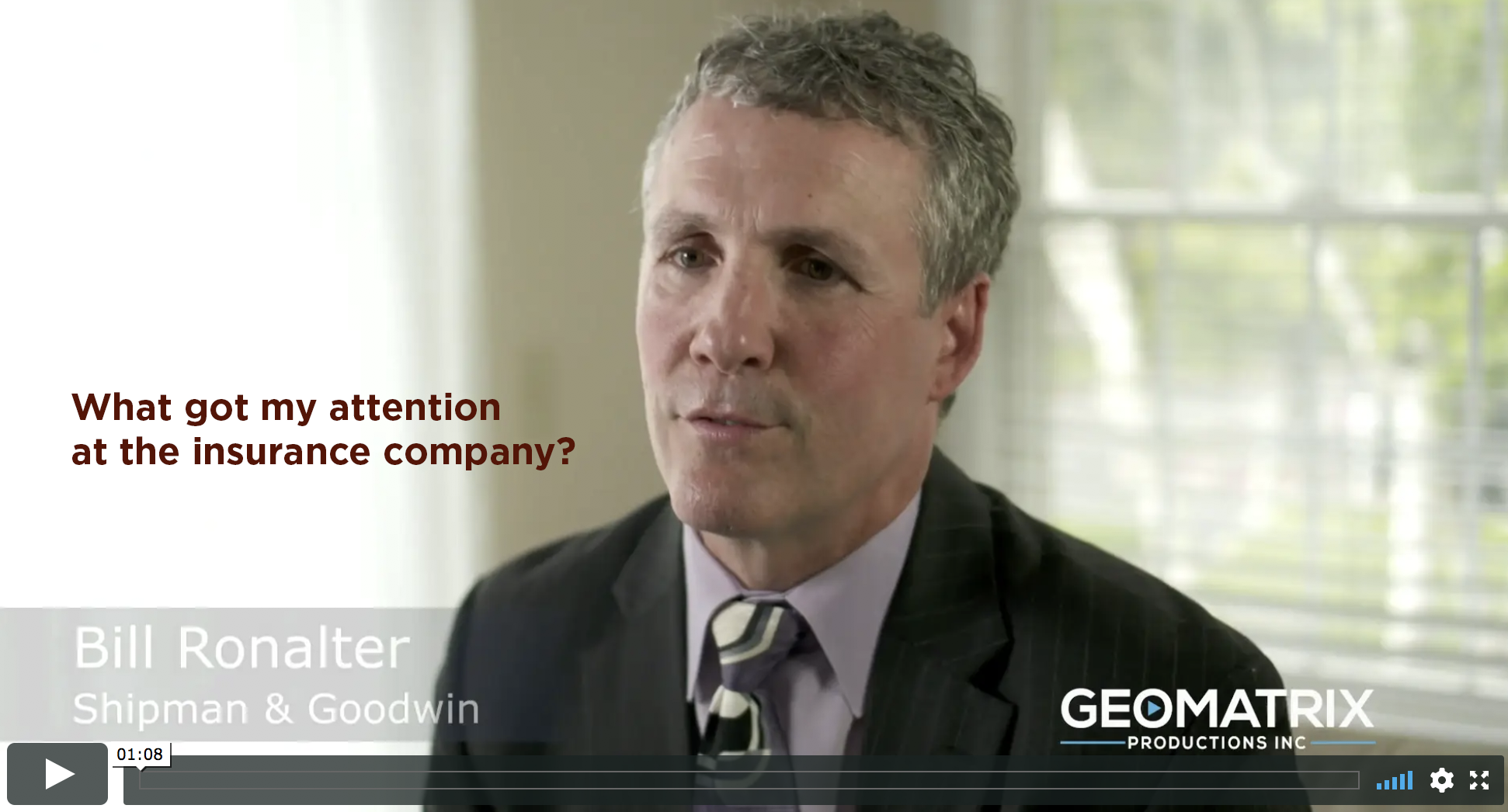 Ex-insurance insider reveals why insurance companies undervalue your case and what to do about it.

Insurance adjusters use algorithms to reduce a human tragedy to cold, quantifiable data. These numbers generally determine their view of what a case is worth, and inform the offer they’re willing to make.

“They’re all sad, all compelling, but they’re paper.” -Bill Ronalter

Plaintiff’s attorney Bill Ronalter of Shipman and Goodwin has insider insight into the process of insurers, having spent six years working in the large loss division of a major national insurance firm. In that environment he says, there are often a hundred cases vying for attention, “They’re all sad, all compelling, but they’re paper.”

“We wanted to show the insurance company the strengths of our clients, the types of witnesses they were going to be faced with.” -Gayle Sullivan

Charles Price and Gayle Sullivan of McEnery Price Messey & Sullivan believe those paper case files fail to convey a true sense of the human impact involved. When they need to bring special attention to a case, they bring in legal video experts. In a recent injury case they worked with Geomatrix to produce a Day in the Life settlement video. According to Sullivan, “We wanted to show the insurance company the strengths of our clients, the types of witnesses they were going to be faced with.” Apparently they succeeded, having settled the case for $13.5 million.

Bergenn and Ronalter have won over $60 million for their clients in cases where they worked with Geomatrix.

Ronalter and Shipman & Goodwin partner Jim Bergennn are masters of using video to take on the insurance companies. Over the past few years they have won over $60 million for their clients in cases where they worked with Geomatrix. Their strategy to achieve maximum effectiveness when presenting a case to the chain of insurance decision makers involves ensuring everyone involved gets a first-hand look at the videos they have Geomatrix produce.

Recalling his days working for the insurer, Ronalter said “What brings one case to the top of the pile is when we get video in. When I saw a video, well done, it really struck me.”

Call Geomatrix to find out how we can help bring your case to the “top of the pile.”