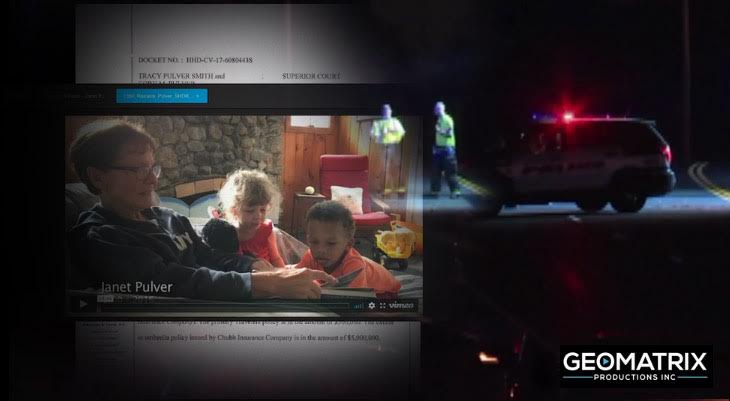 Michael Jainchill, Esq. – RisCassi & Davis: “The Janet Pulver case resolved through a mediation. Judge Elaine Gordon was our mediator. What made Janet Pulver perfect for video really had to do with the nature of the loss that was suffered in that particular case. Ordinarily in a wrongful death case you have somebody who is a wage earner, who may be 40 years of age, they’ve got an earning capacity, they’ve got a work life expectancy, that type of thing. Janet’s situation was unique because she had retired expressly to take care of her grandchildren.”

“So, we needed to get across the type of person she was, the nature of what kind of an individual she was. (excerpt from video) It was that, coupled with the fact that this was probably one of the most dramatic motor vehicle collisions I had ever seen in almost 40 years of doing this. I mean the liability was outrageous, the speed at which the vehicles collided, and then her suffering, because she lived for 28 hours before she unfortunately passed away in the hospital. That needed to get across, and you could do it much more dramatically with a video presentation, with photographs of the scene, and with interviews of the family members. (excerpt from video) The judge who was the mediator, she has gone out of her way to express to me how significant that was in making her understand what the loss was to this family. If you just looked at the statistics, it gives a different flavor than if you try to make people understand what this woman’s life was really all about and what it meant for her, and to her family, for her to pass.”

“What I do with these is I will send it to the mediator and the defense lawyer and the insurance company ahead of the mediation. In Janet’s case, we actually sent it out before they asked for mediation. So I think it might have been instrumental in making them interested in mediating the case. But it was completed and it was done. Ordinarily what we would do is we would send it out at the time we send out the position statement, so usually that’s a week or so before a mediation or before a pretrial or that type of thing. And what we’ve learned to do, is to embed a link, to the video itself in the written position statement, which we then send electronically.”

“It’s so worth the effort and energy, and even the expense, because it’s not inexpensive to do it. But like anything else, if you do something correctly, if you do it the right way, it’s always worth it. This was a way to make people understand that the loss in these kinds of cases is far more than the pure economic loss.”

“Scrapbooks are all we have of her now.”

The haunting words spoken by a dear friend of a woman struck and killed by a car in 2015 are among many uttered by her loved ones in a emotional settlement video produced by Geomatrix Productions for the Stamford law firm of Wocl Leydon, LLC.

The video touched the criminal judge in the case so much that it brought her to tears.

On a late summer afternoon the 33-year-old Ansonia, Connecticut woman was driving her car in Woodbridge when she was involved in a minor motor vehicle accident. She was standing on the road near the back of her car when she was struck by an elderly man – a retired physician – driving a third vehicle. She suffered critical injuries and died at the scene.

Thoughtfully edited photo montages and interviews with the victim’s mother, brother, cousin and friends told the story of an ambitious, adventurous, fun loving young woman, with a zest for life and a love of music—a woman who earned a degree in elementary education and child psychology and who lived for the children she took care of as a professional nanny.

“We hired you to care for our son, but you cared for me and for my husband. You calmed me, and you calmed him.” This note, written by one of the woman’s clients, was an emotional tribute that Geomatrix graphically included in the settlement video.

The woman’s loved ones spoke of her passion for scrapbooking—for wanting to make sure all of her memories were preserved. Accompanied by video of many scrapbooks with photos of her adventures, the decision makers in the case were able to get an intimate glimpse into her life. They also were able to see what would never be, including video of her bucket list with nothing crossed off.

A touching shot of the woman’s tombstone and video of a rainbow that appeared the day she was buried brought home the finality of this tragedy.

“I knew that I wanted to send an emotional and powerful message both to the insurance company and to the defense attorney on the other side and I knew that Geomatrix would be able to do that for me,” said Attorney Nicholas E. Wocl, who handled the case for the family. “I wanted to convey how beloved and full of life this woman was, and Geomatrix was able to portray that.”

The video helped settle the civil case with no litigation. The insurance adjuster commented on how well done it was. And because the defendant was charged with vehicular manslaughter, Attorney Wocl showed it to the criminal defense lawyer, the prosecutor, and the probation officer. The judge was so overcome by the video, she realized she would break down during the sentencing and typed out everything she wanted to say beforehand. At the request of the family he did not serve time, but did have to abide by other demands. In the end of this heartbreaking case, the defendant viewed the video himself with the family. During the sentencing the judge, the prosecutor and Atty. Wocl were overcome by emotion. Attorney Wocl says it was all set off by the video.