How was Video used in $37.6 Million Twins Med Mal Case? Like this… 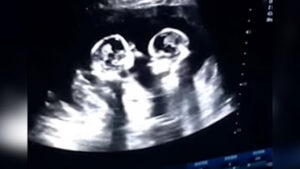 “All four plaintiffs (the parents and twins) have suffered injuries as a result of the defendant’s negligence” wrote Superior Court Judge Mark Taylor of this case.

“I think the judge found in favor of our side because the University of Connecticut Health Center engaged in some egregious conduct” said attorney Michael Walsh of the January 2015 death of Shay Monroe-Lynch and the current birth defects of her brother, Joshua.

In 2018, Geomatrix was contacted by attorneys Walsh, Dowd, and Malcynsky to capture on video the daily struggles of a family with a severely disabled child named Joshua.

Just years before that recording, Joshua’s sister Shay had passed away from cytomegalovirus, or CMV, which is a disease known to cause severe birth defects or fetal death if contracted during pregnancy. According to the amended February 2019 lawsuit, Monroe Lynch vs State of Connecticut, the twin fetuses were exposed to CMV sperm during an intrauterine insemination procedure in May 2014 at the Center for Advanced Reproductive Services, or CARS.  The state of Connecticut runs that health center.

In 2020, as the case lingered and defense wanted an update on Joshua’s progress; Geomatrix was once again, called into action. As the request came in during the COVID Pandemic, the Team at Geomatrix had to pivot in their usual approach to get the story from the parents and opted to conduct the necessary interviews via zoom.

“We also directed the parents in how to use their cellphones to record how their son, Joshua, was doing, said Cathie Reese of Geomatrrix. “The video was then transferred to Geomatrix along with photographs and our editing team went to work to put it all together.  It was ALL done remotely”

Cathie went on to say that “this nimble process also allowed us to bring in experts from all across the country that otherwise would not have been able to appear were it not for remote recordings of their video depositions. This kept our work in compliance with Covid19 safety protocols that were then in place.”

The Case For A Documentary:

The comprehensive documentary video was used as part of the plaintiff’s evidence of damages.  “Defense objected initially as to hearsay, but they did not strongly pursue it.  We agreed to the redaction of a couple of comments, but about 75% of the material was entered into evidence; including a very compelling on-camera interview with the parents about their hopes and dreams of having twins who would share life’s experiences together.  Their disappointment and their sorrow was palpable in the video and the effect on both of their futures as well as that of their young child, Joshua, was overwhelming” said Cathie Reese of Geomatrix.

In the ruling, Superior Court Judge Taylor wrote, “by a preponderous of the evidence in the record, the court reaches the following factual conclusions: Shay died in utero as a result of congenital CMV. Since his birth, Joshua has faced devastating medical and developmental challenges during his short life and will. More likely than not, live the rest of his life fighting the widespread sequelae of his congenital CMV infection.”

At Geomatrix, we are dedicated to the craft of narrative storytelling.  We have honed that craft for more than 40 years in an effort to give our clients the tools they need to effectively reach their audience. Let us help you uncover the behind-the-scenes story of your clients that will make a difference in giving you the best outcomes.